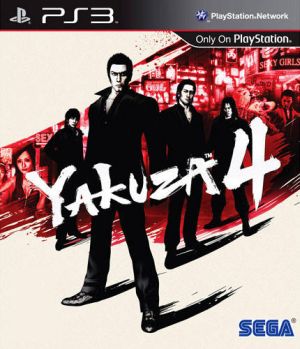 Description:
Yakuza 4 on PS3 is an action game in the third person that puts you in the shoes of four different characters. The game is divided into four chapters that follow you turn the destinies of Akiyama, a pawnbroker, of Saejima, a fugitive sentenced to death, Tanimura, a former cop, and Kazuma Kiryu, the hero of series. The story follows that of the third component and is held in the district of Kamurochô where you can wander freely.

Installation:
Unzip the archive on your USB drive and copy the file respecting the structure PS3/SAVEDATA/XXXXXXXXXX.
Insert the USB device into your PS3.
Go to the Savegame manager from the XMB and you’ll have your save.
Caution: If the words “corrupt data” appears is that the USB transfer mode is not good. The other known way is by FTP (Jailbreak only on PS3). We do not provide the means and methods for the jailbreak.

Status
100%. Finished in hard mode (Unlock EX-Hard mode). Credits:
SaveGame
This content was uploaded by website visitors. If you notice any mistake, please let us know.