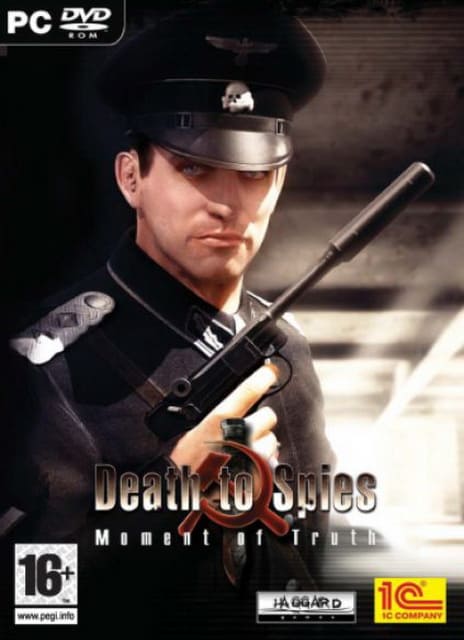 Moment of Truth is a sequel to the popular stealth action title Death to Spies. The game’s main character is Semion Strogov, a captain in the 4th department of the Soviet counterintelligence service called SMERSH. SMERSH literally means in Russian, Death to Spies, which was the name for a set of counterintelligence departments in the Soviet Army formed during World War II. Strogov is back from his previous missions and must now participate in a series of even more complicated and exciting military operations under the code name “Death to Spies: Moment of Truth”. The hero possesses all the skills required to accomplish especially dangerous missions including, getting information about the disposition of hostile military and civil units, assassination of enemy agents and representatives of Wehrmacht’s high-ranking officers and espionage. By the order of his supreme commander Strogov, who passed through a serious retraining, will have to accomplish various top secret missions. His task is to capture spies, saboteurs and gather information about their actions using unique technologies and devices. [1C Company]

How to install the savegame ? (save game location / folder ?)
1. Extract the .zip archive
2. Copy savegame files to => Documents\My Games\

If you are ready to upgrade your game, click on PC Death to Spies: Moment of Truth SaveGame and don’t wait a second more! Save Game file download option is a perfect choice – you will get great improvement for your game version. No more worries about the lost battles – it’s a way to fix all the mistakes within few clicks! Can it be better? Definitely not! So try our Save Game free examples and give this extra boost your game. Enjoy the game to the fullest! Take the best that you can and don’t look back – you must be orientated to the future and new experiences. That’s the only way to stay ahead of everything. If you see it as your goals, it’s definitely now or never!