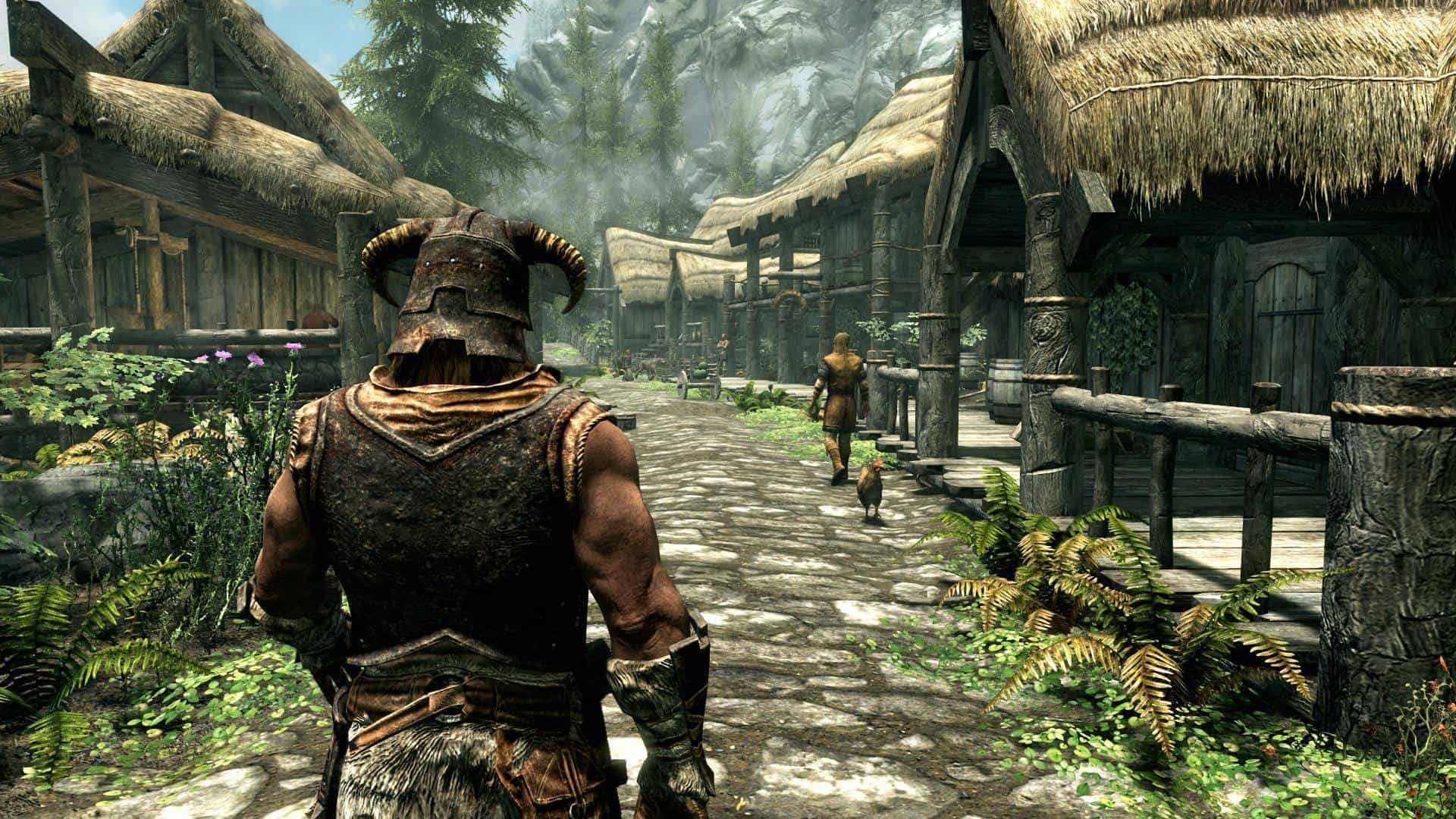 I’ve wanted to post a save for a while since I’ve used this site for awhile, but never had a really good save. So after starting up Skyrim again, I was disappointed in the lack of various starter saves on here.

This save was created doing the least amount of stuff possible while still getting it to be OP. You can play this on any difficulty. You can earn trophies on this save file except the level up trophies for leveling to 5, 10, 25, 50, as well as the trophy “Unbound” which is the very first quest in the game and is automatic before anything else can be done. You can easily do the first quest in around 20 minutes, and there are saves on this website for the leveling trophies. Below I am going to list in detail the character and what has been done/not done.

Completed Quests:
Unbound
Before The Storm
The Golden Claw

Quests Started But Nothing Done:
The Break of Dawn
The Ebony Warrior
Missing In Action
Dawnguard

As well as various Miscellaneous Tasks that couldn’t be avoided, like visiting the Bard College or the Mage College.

Starting Location (Where you are when you load the save) Riverwood.
Character Level: 179
Name: Kahlan
Race: Nord
Gender: Female

There are Bracers, a Helmet, Necklace, and Ring with the Fortify Alchemy Enchantment. These are what is used with the Fortify Restoration Alchemy Glitch and how I leveled up so high as well as made overpowered enchanted equipment. I will suggest looking up this glitch (you have what you need to do it already) if you want to make more OP potions of Fortify Enchantment and Fortify Smithing. Just follow a guide on youtube if you want to make new equipment. However, here are the main equipment I made to make this character overpowered.

Weapons:
All The Following are Legendary Fortified with very high damage numbers, as well as enchanted with either Paralyze Target or in the case of the Daggers, Soul Trap.
Daedric Bow
Daedric Dagger x2
Daedric Greatsword
Daedric Sword
Various Random Weapons and Arrows

With this setup, you have enough health to not die from anything, even on Legendary difficulty, one shot kills with any Bow, enough carrying capacity to never have to store anything, Magicka and Stamina regenerates insanely fast, and Magicka has over 40,000 points. With the armor, Restoration Spells cost 0 to cast. The rings make those schools of Magicka Spells cost 0 magicka to cast. You can pickpocket at an extremely high success chance. Lockpicking all you need to do is open it. You will not break any lockpicks nor does it matter what difficulty the lock is. Just turn it and boom. If you fancy using a Sword and Shield, you can block to your hearts content and with extreme Magicka Resistence. Stamina almost fills instantly, meaning infinite Sprint and Power Attacks.

And that about sums it up. This save took many hours to setup. It’s also ready to make use of the Alchemy Fortify Restoration Glitch to make any OP Weapons and Armor you want, as well as a lot of the enchantments already unlocked and plenty of Soul Gems to enchant with. If you’ve never done the glitch I advise searching for the following on youtube: “The Best Way to Start Skyrim with Infinite Levels at the Start of the GAME! (Still Works)”. You will not need to do everything in the video except repeating the glitch. The glitch itself is already setup in this save. But for those unfamiliar with this glitch, it doesn’t hurt to watch the entire thing.

If you are ready to upgrade your game, click on PS4 The Elder Scrolls V: Skyrim SaveGame and don’t wait a second more! Save Game file download option is a perfect choice – you will get great improvement for your game version. No more worries about the lost battles – it’s a way to fix all the mistakes within few clicks! Can it be better? Definitely not! So try our Save Game free examples and give this extra boost your game. Enjoy the game to the fullest! Take the best that you can and don’t look back – you must be orientated to the future and new experiences. That’s the only way to stay ahead of everything. If you see it as your goals, it’s definitely now or never!