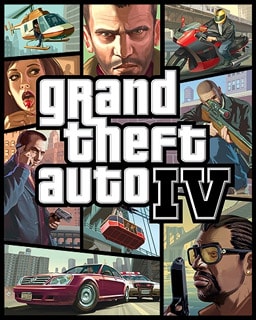 Description:
GTA 4 on PS3 is an action game set in a virtual New York, called Liberty City . Players will embody Niko Bellic , a character home is European, it must pass dozens of missions in a very vast. Aimed at an adult audience due to the pervasiveness of physical and verbal violence, Grand Theft Auto IV is actually a crime simulator, which also offers downloadable content and online multiplayer.

Installation:
Unzip the archive on your USB drive and copy the file respecting the structure PS3/SAVEDATA/XXXXXXXXXX.
Insert the USB device into your PS3.
Go to the manager of Savegames from the XMB and you’ll save your.

If you are ready to upgrade your game, click on [PS3] Grand Theft Auto IV Savegame and don’t wait a second more! Save Game file download option is a perfect choice – you will get great improvement for your game version. No more worries about the lost battles – it’s a way to fix all the mistakes within few clicks! Can it be better? Definitely not! So try our Save Game free examples and give this extra boost your game. Enjoy the game to the fullest! Take the best that you can and don’t look back – you must be orientated to the future and new experiences. That’s the only way to stay ahead of everything. If you see it as your goals, it’s definitely now or never!