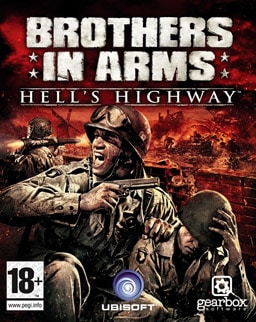 Description:
Brothers in Arms: Hell’s Highway is the third installment in the series. Shooter in first person, the title puts you in the middle of the Second World War in the shoes of an American soldier ready to do anything to stop the German invasion. Many new missions are planned, and Sergeant Matt Baker and his men of the 101st Airborne waiting for you to help them in their task.

Installation:
Unzip the archive into the game folder
C: User My documents My Games

If you are ready to upgrade your game, click on [PC] Brothers in Arms Hell Highway Save Game and don’t wait a second more! Save Game file download option is a perfect choice – you will get great improvement for your game version. No more worries about the lost battles – it’s a way to fix all the mistakes within few clicks! Can it be better? Definitely not! So try our Save Game free examples and give this extra boost your game. Enjoy the game to the fullest! Take the best that you can and don’t look back – you must be orientated to the future and new experiences. That’s the only way to stay ahead of everything. If you see it as your goals, it’s definitely now or never!